Always Discrete as an Escort

Many times with my new clients they request that I dress discretely. Escort discretion is essential to them. Some mention they are with colleagues others mention that the receptionist might stop me and perhaps I need a “cover story.”  The last thing I want to do is to draw attention to myself.

Since I have no connection at all to other working girls, I never really gave it much thought  (how escorts dress). I also thought my  clients concern was not necessary, it turns out I was wrong. 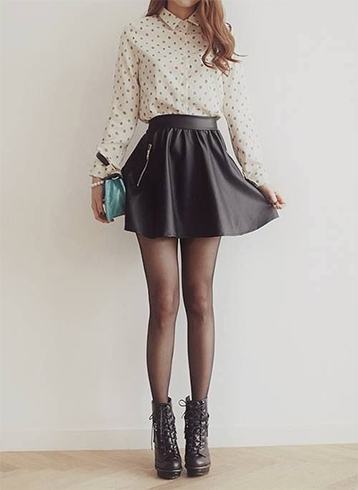 Pre coronavirus, I was having a late lunch in Tel Aviv, near one of the newer boutique hotels. I watched a girl walk by. She was dressed similar to the image I have attached here: skater dress, stockings, stylish hi heels.

Escort Discretion was not an Issue

Clearly she was looking to draw attention to herself.  I  watched  her stop in front of the hotel, looking for something on the wall (the address), and then check  something on her phone. It was a series of movements that were so familar to me, clearly she was an escort.

Still I was perplexed, why draw attention to yourself? My clients have no problem for me to change in the bathroom to whatever costume turns them on. In a boutique hotel, which has fewer rooms and smaller staff, her business will be obvious. This could make the client uncomfortable.

Of course she probably doesn’t have to worry about discretion, if she is one of the escort professionals who are here for a short visit (and managed not to get turned back by airport immigration). They are here and gone and have no need to worry about the client.

She was young, perhaps she just enjoyed dressing stylish and sexy, enjoyed the attention in the street.

During my dessert, about 35 minutes later, she came out of the hotel. She then checked her phone, made a call and two minutes later a car appeared and picked her up.

I was still enjoying the sun and my dessert when someone else came out of the hotel.  This time it was a male whom I recognized as a past client leave the hotel (with suitcases) and enter a taxi. I really didn’t think much about it, just that I missed a past client. Perhaps he just wanted some variation and had his “going away present.”

The email arrived from the  client about 2 hours later. He apologized  for the last minute email but asked if I could  visit him that night. I asked him the hotel he was as at. His answer was the Hilton (one of the larger hotels) and I understood.

There is  an expression amongst those who visit with working woman (I don’t know if its worldwide). When they have a bad experience they want to replace it with a positive one. That is what I suspected happened here.

I did go and visit my client and I did mention that I saw him leaving the hotel. I asked very naively if something wasn’t good there.

He looked at me, looked at where my hand was (I had it wrapped around a very sensitive part of his body). He thought for a second, the blood left the lower part of his body and  went to his face which turned red. (my grip loosened as I wasn’t gripping much of anything at that point).

He Had No Choice

He then told me of the visit. He mentioned how sexy she was, and how very cold she was towards him. He was in fact glad to see her go. That was bad enough (the waste of money),  but it was the uncomfortable feeling that he was going to have with the staff of the hotel. He is here for the week and it  was pretty obvious why she was in the hotel given her dress and it wouldnt be too difficult to guess who she was visiting and why. (there would be no doubt). He decided to go to a larger hotel.

I told him that I hoped he learned his lesson and that I will replace the uncomfortable memory with a better one. With a little bit of work, his face returned to its normal color, and the blood flowed to where it was suppose to be when I enter a room.

Escort going to the wrong room