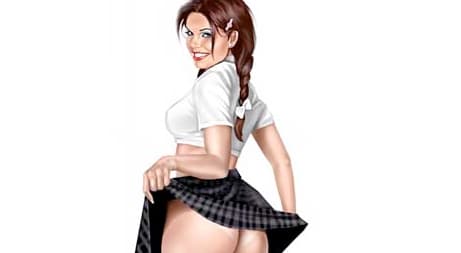 My boss sent an email to Kim

inquiring about her availability as he is looking for some companionship.

I”m sure your first question is how did I recognize that it was him, well, it was his English. He’s an Israeli with very good English but he likes certain phrases that he uses over and over again.

Most important to me, is that it confirms my policy of not meeting my fellow Israelis, it would be incredibly uncomfortable for me to enter a hotel room as a private escort girl in Israel and see my boss there, even thinking about it gives me the “shudders.”

To begin with, he is rich and lives in one of the newer apartments that have been built in Tel Aviv. We had a party at his apartment in Tel Aviv a few months ago and the view was incredible as was the interior design.

In our Emails, I made it clear to him that in general I don’t meet Israelis but that I would give him a chance to convince me otherwise, I knew with his ego he simply couldn’t resist. He started with his apartment, how he would spoil me in his luxurious apartment. This was an opening for me to confirm that he is my boss, so I asked about the which building, which floor and what was the view. Well that totally confirmed that it was my boss.

So now I was curious, what exactly was he looking for? On a professional level he was good. He never made a pass at any of us girls or even hinted at one. I never saw him “sneaking a peak” at my large natural tits or watching me when I turned around to walk out.

I thought to myself “let the fun begin,”.

Some general questions about what he does, etc and he gave me honest answers about being the boss in large company with many beautiful women around him, and he mentioned that sometimes it drives him crazy. Even looking too long he won’t do as he has to set the example….still he wrote, he wish he could.

I asked him if there was any one special that he would like me to be, and why an Israeli Escort.  I wrote that  I volunteered to be ‘that girl” during our meet, if we do meet at all. Of course he mentioned the real me, the one he works with at the office, he mentioned this young intelligent blond with natural tits, that dresses modestly, but always with just a touch of sexuality. The blouse with the button open, tits trying to burst out of the bra, the high heels that click one the floor as she enters his office and walks over not to mention her “tight” ass that he tries so hard not to stare at.

I asked him what exactly would he like me to wear (now I was getting naughty as I planned to wear something like that to the office). He mentioned a shirt that is slightly transparent (I was now thinking about which store has such a shirt) and he wanted me to wear a short skirt that wasnt tight but could easily be lifted, and of course stockings.

So the emails went on as I inquired about why he is inviting a private Israeli escort girl, always reminding him that I still have to consider visiting him and that its not a sure thing.

I let him write more about his fantasies always noting that his descriptions actually fit his own office where we worked together.  In the end, as we know I had to turn him down but I did at least recommend him someone who might visit him.

And when I went back to work, I admit that my naughty side is having a great time with him as I wear different combinations of the clothes that he likes to see and he tries sooo hard not to stare at me, but I did catch him sneaking a peak as I was walking out and turned to tell him something 🙂

I think I just upped the sexual tension atmosphere by about 1000°C and it will now be interesting to see if he can still concentrate on his job and if it will affect the company’s net worth.