For those who have been reading my blogs, know that as a tlv escort I “dread” the hotel lobby. Its a place where I want to be as discrete as possible (read my blog about the lobby sprint). Of course that may be hard to do when the lobby is filled with police and secret service.

As usual I put my face in “neutral” as I entered the hotel and planned for my quick walk over to the elevators.  I had never been in this hotel before so I was a little bit apprehensive as to where the elevators are.

I entered, walked past the guard / doorman and stopped in my tracks. Was there some kind of police convention going on? The lobby was filled with Police and security.

Did the Israeli police hack my emails, knew I was going to be here and came out in force to make sure I  don’t make a  scene (ok so thats a bit extreme but it did cross my mind for second).

After a few seconds of being “frozen in place” I had 3 choices,

Number 3 was my decision. I asked the clerk whats going on.

The Prime Minister is Arriving Soon

Seriously I asked? The Prime Minister. She confirmed it  and added that there is a small reception for him. I asked and how long will he be here? 2 hours. Of course 2 hours, since that is exactly the amount of time my client asked for.

Normally if there is nice reception while I’m entering or exiting I don’t mind sneaking in and taking a piece of cake, though I decided I might skip it this time.

But what about the secret service? I have absolutely no doubt that whether I like it or not, I’m going to be looked at.

I could back out and leave. Do  I want to be seen entering the hotel at about the same time that the Prime Minister is here and  then be leaving at the same time? I didnt see any Reporters or anything, no TV news cameras, still cameras are everywhere these days.

Still I can imagine the headlines: Prime Minister invites TLV Escort for Banquet.

I’m stuck with a personality that is more impulsive than “cautious,” so I made my move toward the elevators.

So much for my TLV Escort lobby sprint, I’m now moving in between policemen and woman, secret service and VIP visitors….which made me wonder, I few of my past clients have in fact been VIPs.  I picked up my pace a bit passing from one group of security to another one, through the VIPs and finally found the elevators.

Of course now I’m wondering when the doors open, who is going to be there?….

Two hours later, my client has on his “happy / satisfied look” (my favorite), with a touch of ” I’m sorry to see you go.

As I leave (the tlv escort) I consider the stairs, perhaps that way I have lesser chance of meeting the security details? Probably not, so its back to the elevators and the lobby.

As I”m going down I’m wondering are they now leaving? will they recognize me, sury the security people will, they are trained to do just that.

The elevators doors open, I slowly look out, keeping my body in the elevator. Nobody is around, so I quickly move out and practically run out of the hotel.

The Prime Minister and me having a schedule that coincides, what are the chances of that. At least we didnt enter or leave at the same time.!

Escort as a Birthday Present 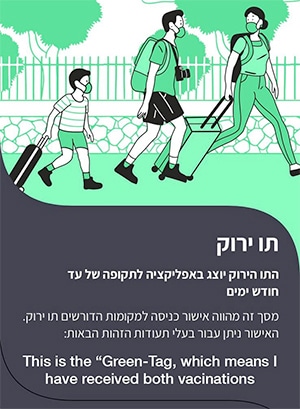